Oh Dear, it's all a load of Bull

This image has just appeared on Facebook and it's raised a few questions. 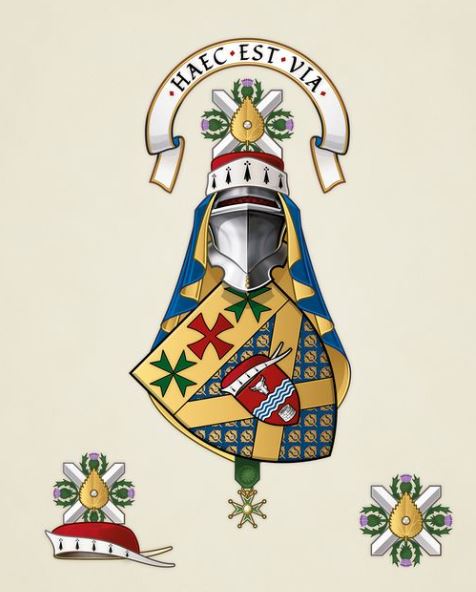 The owner of these arms, a Mr. Paul Mark Moffat, describes himself (on his Facebook page) as  "Maestro Comandante The Right Honorable Count Paul M Moffat 10th Baron of Bulwell".

According to an article written by Robert Mellors, "Old Nottingham suburbs: then and now [Bulwell] (1914)", there is (or was then) a Court Leet for the Manor of Bulwell but it was owned by Nottingham Corporation and it is highly unlikely that said Corporation would have sold a barony of Bulwell when it is simply a manor.  "A local Court of great antiquity still survives at Bulwell, called "The View of Frankpledge, Court Leet, and Great Court Baron," of the lord of the Manor, which lordship is now vested in Sir Edward Fraser and Sir John T. McCraith, being the nominees of the Corporation of Nottingham. Mr. Arthur Browne, as Steward of the Manor for the last twenty-three years, has the custody of the Records, which date from 1723, the earlier part being in Latin, and older records having been lost."
It seems to me that this particular barony is, let's say, a tad dubious.

There is no doubt that the creation of this digital image by Quentin Peacock is, in itself quite beautiful however, keeping it heraldic, the armiger should have been informed that baronies, particularly English feudal baronies (quite apart from the fact that there is a strong argument to say that they don't exist) never had arms of their own and so a feudal baron would never display arms of pretence in this way and in any case, English feudal barons never had any "additaments" such as the chapeau so the escutcheon of pretence would not be ensigned by one. Setting aside the escutcheon of pretence, which ought not be there, the actual shield is excellent and there is no reason why the crest should not feature a chapeau in the way that it does. Remove the escutcheon of pretence and it would have five stars (no criticism at all of the artwork).

In his other Facebook page (why do people assign to themselves the status of "Public Figure"?) he lends the impression that he would rather like the coronet of a baron of the UK Peerage! 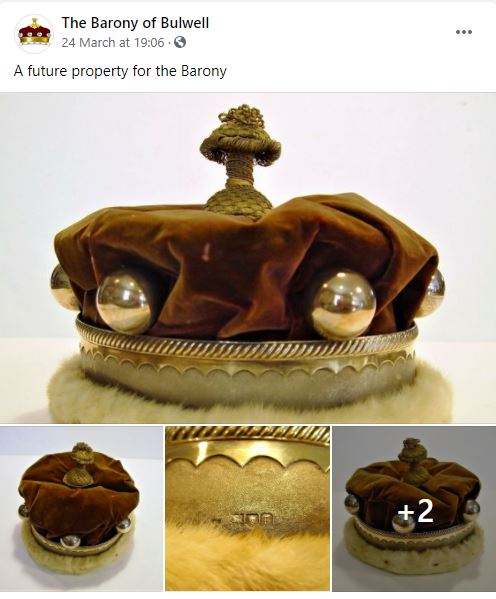