When is a Guild not a Guild?

When is a Guild not a Guild? When it becomes a Miscellany!

A very well attended meeting of The Cheshire Heraldry Society on Saturday saw John Titterton step into the breach at the very last minute (almost literally) after a last minute telephone call from an indisposed Barry Wilde who, despite trying his hardest to fight a virus in the hope that he could attend, regretted very much not feeling up to the task. So, our anticipated talk changed from an expected Guilds and Livery Companies to a Les Pierson Slide Miscellany ably and entertainingly presented by John on behalf of the late Les Pierson. It is hoped that, subject to improved health and diary availability, Barry will be able to move his talk back to our February meeting (which was to have been the one John has now presented to us).

John was very fortunate to have received a large collection of slides and lecture notes as a legacy from the late Les Pierson and we have, from time to time, benefited enormously from John's delivery of the notes; on this occasion however, although the slides were of photographs put together by Les, the content of the afternoon's delivery was very much down to John who steered us with his usual enthusiasm through an afternoon where we were all able to participate in the proceedings.

All in all, it was a most enjoyable afternoon and John is to be congratulated on putting the content together somewhere between getting home from work at 11 p.m. (yes, 11 p.m.) on Friday and setting off on his journey to Macclesfield the following day.

I really ought to also place a note of thanks to Rutha (and the lady who made the cake) for the now almost fully established initiative to once more provide members with a good old cuppa along with sandwiches and cakes. Marvelous!

I'm now looking forward to our Christmas lunch.
at November 17, 2008 No comments:

Happy Birthday to The Earl of Chester 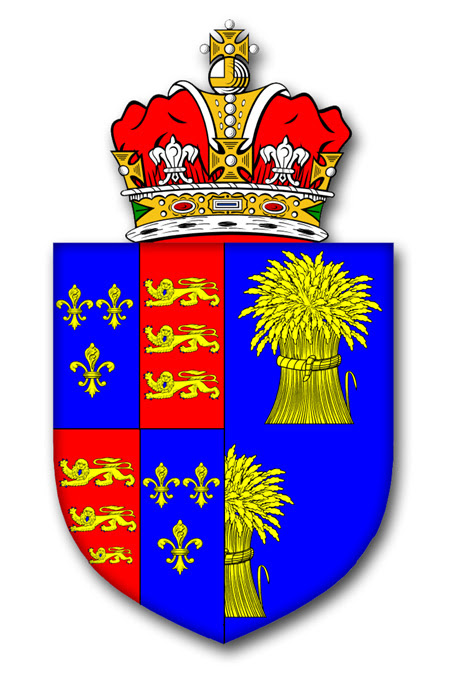 The Arms of The Earl of Chester adapted from an illustration in the Harleian MS Visitations of Chester.
at November 14, 2008 No comments:

Email ThisBlogThis!Share to TwitterShare to FacebookShare to Pinterest
Labels: Royalty

Tomorrow's meeting of The Cheshire Heraldry Society will witness a presentation on Guilds and Livery Companies given by Barry Wilde (presented in conjunction with The Heraldry Society). Details of venue etc can be found on the Society's web page;

http://cheshire-heraldry.org.uk/society
at November 14, 2008 No comments:

I have today received the latest newsletter for The White Lion Society and note the news that there is a new Hon. Treasurer (congratulations to him of course). Curious to know whether he is armigerous, I did a quick search on their website and found that his arms illustrate an example of a chapeau being granted instead of a wreath by the CoA . I had made the possibly incorrect assumption that such chapeau were difficult to obtain and although the armiger, in describing his arms, states that the chapeau "alludes" to his feudal barony, I have yet to be convinced, for a number of reasons, that the college would have officially acknowledged this fact or taken it as a reason for allowing a chapeau. It is my understanding that the college do not make a habit of acknowledging feudal holdings in grants and if this is a Scottish feudal barony (what other kind is there?) then I don't think the CoA would trouble themselves with it. It is interesting to note that having obtained the grant which includes chapeau the armiger then obtained a Scottish matriculation of his arms.

All in all, a very interesting find and an excellent set of arms. 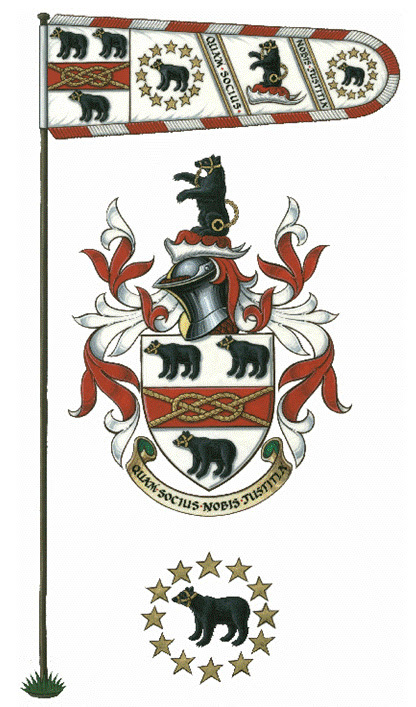 http://whitelionsociety.org.uk/armorial/barham.html
at November 07, 2008 No comments: