The mysterious case of the arms of Fynney of Fynney, nr Leek, Staffordshire.


In the Church of St. Edward The Confessor, Cheddleton, Nr. Leek Staffordshire is a “Brass” monument, now greatly blackened and illegible, to the memory of Fielding Best Fynney and Maria his wife, son of Samuel Fynney and Sarah his wife, of Fynney in the Parish of Cheddleton and county of Staffordshire Armigeri. But all may not be as it seems. 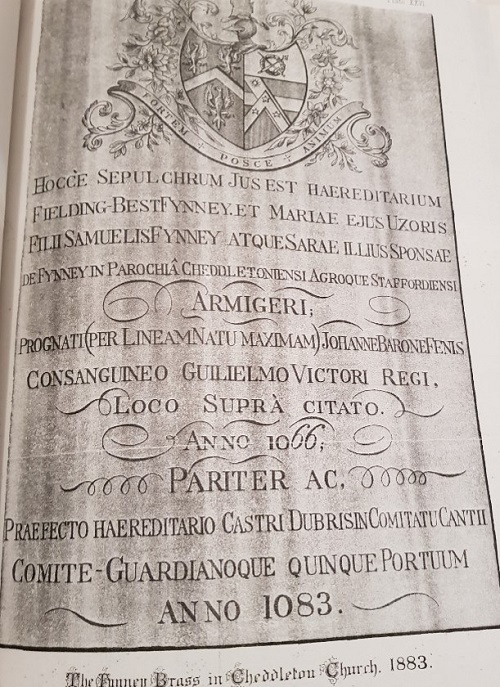 ““Behold here is the hereditary tomb of Fielding Best Fynney and Maria his wife, son of Samuel Fynney and Sarah his wife, of Fynney in the Parish of Cheddleton and county of Staffordshire Armigeri. Bearer of the Coat of Arms, a descendent through the direct male line of John, Baron Finis, blood relative of William the Conqueror in the place above mentioned in the year of 1066 And more over Hereditary Governor of the Forts of Dover in the county of Kent, and Custodian And Guardian of the Five Ports In the year of 1083".

This is of course simply a statement and can not be taken as evidence of the bloodline; it is more of a statement of what Fielding Best believed, or would have us believe. 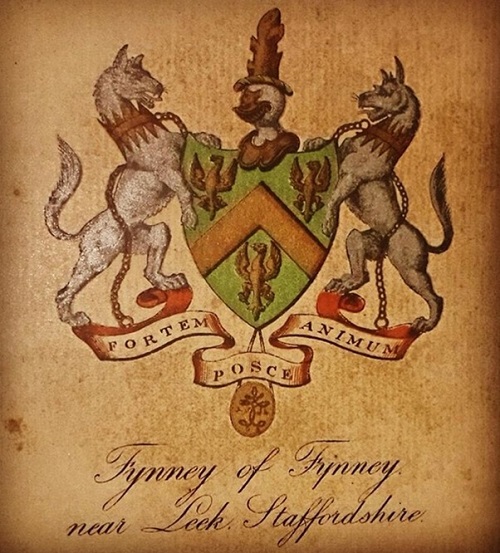 Now, although there is a record of the arms of Fynney (Co. Stafford) in Burke’s General Armory (viz: Vert, a chevron between three eagles displayed Or, armed and langued Gules. Crest: A staff raguly Or. Motto: Fortem Posce Animum.), a letter in The Gentleman’s Magazine Volume 51 1781 states that the letter writer has searched the records of The College of Arms and found no record of the arms nor any record in the reliable accounts of the historian Eardeswick that acknowledges any family or place as Fynney of Fynney. A later letter, in the Notes and Queries Volume 44 1871 by John Sleigh, writer of a History of Leek, not only describes the quarters of the arms in a MS held by the family but also appears to defend the genealogy (again in a MS held by the family). If we are to believe the accuracy of the search (of the records of the College of Arms) made in 1781 by “L” then it would seem that the historian, John Sleigh, may well have had the wool pulled over his eyes. It would seem that not only are the arms (and supporters) of Fynney of Fynney not authorised (the College of Arms would probably use the term bogus) meaning that the many quarterings are also somewhat suspect, but that the elaborate descent set out in the MS attested by Sleigh may well also be questionable. 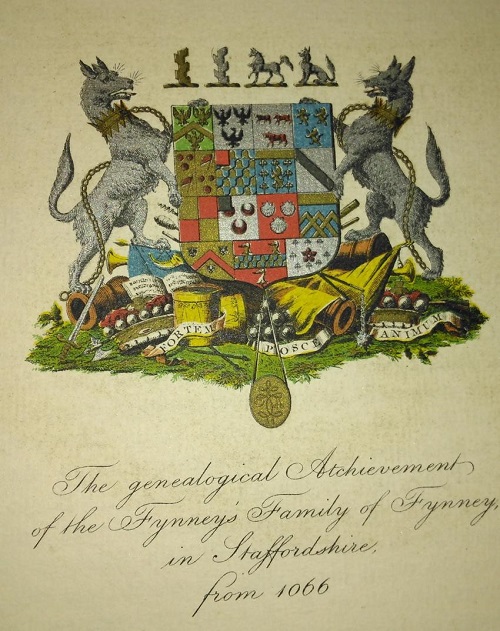 Painting of the 1st baron Hungerford by Jim Wynstanley

Ready to be rehung in my office. The arms of Walter Hungerford, 1st Baron Hungerford. Also illustrated are the associated arms of Heytesbury, Hussey, Peverell and Botreaux. Painted by the wonderful and talented Jim Wynstanley in 2008. 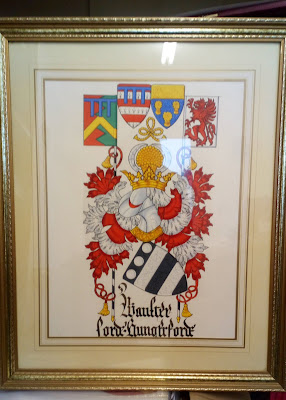 
I am presently, due to this present order to stay safe and stay at home, scanning and editing all of the photographs of heraldic Inn signs given to me some time ago by the late Alan Fennely.


It occurs to me while I scan and edit all of these photographs of Inn signs that the late Alan Fennely, the original photographer, could never have imagined that there would come a time, albeit temporary, when every single public house in the whole of the United Kingdom would be closed by Order of the Government. Something the Temperance movements could only ever dream about!


All of these images were in the Cheshire Heraldry Gallery but due to a glitch, the gallery is no more. I do have the images and so will be looking at an alternative hosting solution shortly. 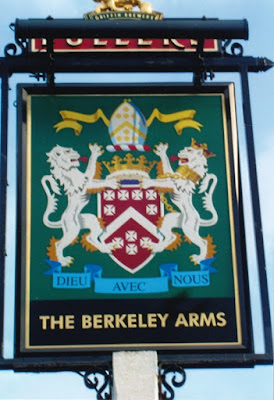 The Chief Herald of Arms of Malta

Some of you may know that I have challenged the right of the Chief Herald of Arms of Malta to grant new arms, register/matriculate existing arms and, most importantly, to regulate heraldry in Malta. Letters have been exchanged, the first being an enquiry to the Chief Herald himself which gained no response. I then wrote to his boss, the Chief Executive of Heritage Malta and received a reply from a learned advocate which did not answer my questions. I then wrote to the Maltese Government Ombudsman and the matter was placed into the hands of their Chief Investigating Officer who accepted that I and The Armorial Register Limited had an interest in the matter and asked me to provide a response to the FAQs since posted on the website of the Chief Herald. I have now submitted the response to the Chief Investigator.

For those of you who are interested, here is my response:


It is hard to imagine how the blazon "Ermine, on a fess Sable three crosses pattee Or" could provide a pun on the surname Pointon.

Perhaps this one has been staring me in the face for years, perhaps it was never meant to be a pun, perhaps it was and I just missed it but I've just reached the surnames beginning with "P" in the Vale Royal section of the website revamp and the arms of Pointon and now, after all these years, I realize that it may indeed be a pun. 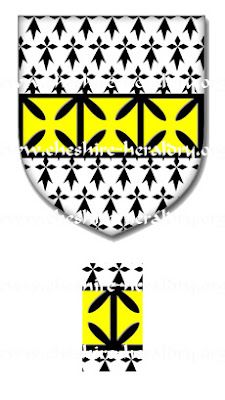 When I first emblazoned these arms, many years ago, I had to concentrate to see the crosses pattee and always felt that the emblazonment presented me with an optical illusion which prevented me from seeing the crosses; it dawns on me now that the optical illusion presents me with double ended arrows; could these be pointing - or pointon!

My reader may be interested to learn that I have begun the work of restoring the main website of Cheshire Heraldry.

I have started with the Vale Royal section, mainly because that it how the whole thing began. As of today I am up to page six - slow but steady progress.