The arms of the Office of Chief Herald of Arms of Malta (an office in progress)
Well, now that we have finally seen the creation, in late July of this year, of the legislation allowing the setting up of the Office of Chief Herald, we have now received assurance, from the Office of the Ombudsman, that Subsidiary Legislation is underway. Although it has to be said that, as yet, the Office of the Ombudsman has not been made aware of what may or may not be included and so there still remains the question of what exact powers the new Chief Herald might have; let us not forget that despite his protestations to the contrary, the Office does not yet exist and he does not yet have any powers.
We will have to wait to see what any new legislation will say about the granting of new arms to foreigners and how will this be made to square with the limitations placed upon Heritage Malta which presently only allows it to deal with that which already exists and is a part of Malta's Heritage. We will have to wait and see how the granting of a newly invented coronet for the untitled nobility (out of new metal so to speak) will be shoehorned into the existing legislation which prohibits the very acknowledgment of nobility by a Government Official. There are still many questions to be answered including whether or not there will be sufficient in the legislation to bring out of limbo and into a lawful status the grants already made without any authority by Dr. Gauci; let us hope that the new legislation is sufficient to at last do justice to what ought to have been from the beginning, but sadly was not, a worthy enterprise.
The process, for those who like me are actually interested, is that Article 72 (b)  of the Cultural Heritage Act grants the Minister for Culture the power to make regulations for the purpose of ensuring, “…the better fulfilment of the functions of the Entities;”.  The envisioned regulations will, it is proposed, enable Heritage Malta to fulfil its function of setting up and managing the Office of the Chief Herald (as per Article 8(4)(o) ).  Although the power to make regulations emanates from the main Act, we had to await the permission for the formation of the actual Office (the Entity) before any regulations to set it up and actually manage it could be made and, as we know, that has only just happened: We know now that, at long last, there has been an amendment to the original Act which was passed into law at the end of July this year (2021) which has now allowed Heritage Malta to set up the office of the Chief Herald (apparently though, according to the information received from the Office of the Ombudsman, the Office of Chief Herald can't actually be set up and managed until the Subsidiary Legislation has been made to enable Heritage Malta to fulfil its function of setting up and managing the Office of the Chief Herald so any assumption that the Office was instantly set up is still a tad premature). So, now we await the publication of the Subsidiary Legislation to enable Heritage Malta to fulfil its function of setting up and managing the Office of the Chief Herald.
Subsidiary Legislation does not require Parliamentary assent. It takes on the form of a Legal Notice to begin with and this is published in the Government Gazette.  Following publication it is then generally referred to as subsidiary legislation. Just by way of example subsidiary legislation under the Cultural Heritage Act would be referred to as S.L. 455. [ ]  the space would be occupied by a number assigned to the particular set of regulations. Any new SLs or amendments to them are published on this website LEGISLATION MALTA. I have posted a link to Legislation Malta so that my reader can also keep an eye open for the long awaited legislation actually setting up the "Office" and giving the Chief Herald some teeth. At the time of writing this note, there is nothing yet.
Teething troubles there have undoubtedly been but at long last our efforts to see it all done properly appear to be paying off.
at September 06, 2021 2 comments:

Changes and appointments at Lyon Court 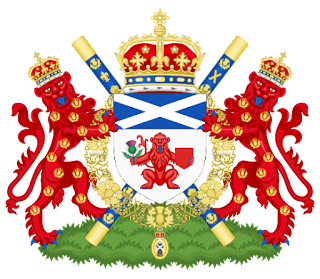 Some news from Lyon Court:

The Lord Lyon has announced some promotions and appointments:

Ms Clare McCrory has been appointed Herald Painter in succession to Mrs Yvonne Holton who has held the post with great distinction since 2005.