Another Hartwell baronet added to my bookplate collection. This would be the William born 1799 (IV baronet of Hartwell) who married Lady Elizabeth Harcourt. The impaled arms are those of Harcourt: Gules, two bars Or. 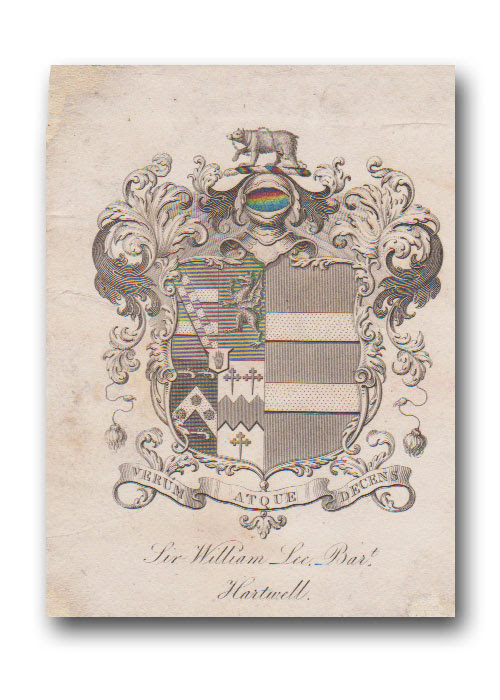 In a recent discussion in the Heraldry Society of Scotland forum I was reminded that Lord Lyon Balfour Paul wrote in Heraldry in Relation to Scottish History and Art, p.126: “What should be put on liveries is the badge which can be selected at the individual will of the owner.” I am of course aware that more recent Lords Lyon have lent the impression that they have assumed authority over the granting of badges (restricting the granting of them to certain ranks) and that very recently, post the Abolition of Feudal Tenure, a statement has been issued to the effect that newly minted feudal barons (Scottish) will not be granted badges (or standards) however, there remains a view that Lyon’s grant (or recognition) is not required; one writer participating in the discussion commented that “The fact that recent Lyons have allowed or disallowed badges is irrelevant because Lyon has no authority over them. Anyone, including post AFT barons, may assume badges at will, and if Lyon does elect to grant them, they have no greater authenticity than assumed ones. The Lord Lyon is King of Arms, not the Grand Panjandrum. Balfour Paul was quoted as an authoritative ( = knowledgeable) source.”

This discussion has been of great interest to me not least because Balfour Paul’s authoritative comment brought me to the undoubted fact that for a great many years now I have had the quiet enjoyment of my own heraldic badge (and I have not sought “official” recognition of that badge from anyone as I have never felt that I needed it). With a few moments to spare this afternoon, I mocked up my own “statement of fact” which is, I suppose, a statement of assumption; unfortunately, I have been using the badge for so long now, I can’t recall the actual date of its invention. 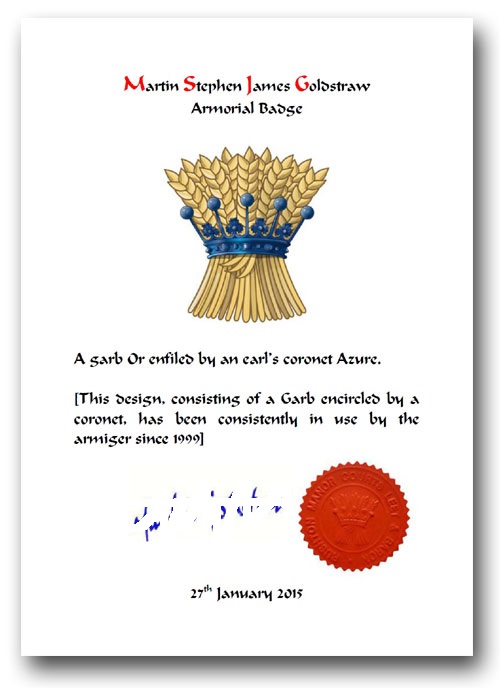 Newly added to the Visitations series at http://cheshire-heraldry.org.uk/visitations1663/CV1663_9.html

Leicester of Tabley
Arms: Quarterly:
1 & 4 Azure, a fess Gules fretty Or between three fleur-de-lis of the last.
2 & 3 Azure, a garb Or [Grosvenor]
Crest: A swan's head and neck erased Argent guttee de sang. 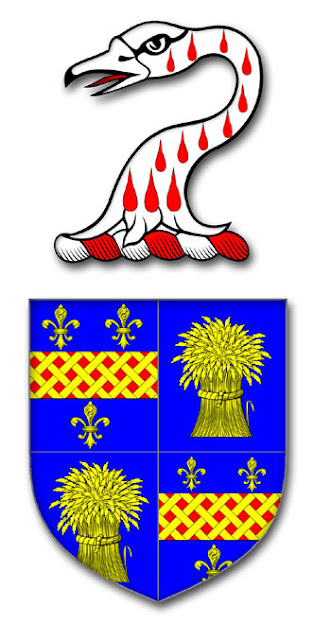 Newly acquired to the bookplate collection, this one caught my eye because it is an example of what I feel is the correct orientation for a buglehorn (as opposed to the Scots tradition which places horns the other way). To me, it makes sense that a bugle horn should face to the dexter because this is the default position for practically all charges and if one imagines the default position for a bugler blowing his horn as a charge then this is the way the horn would face. 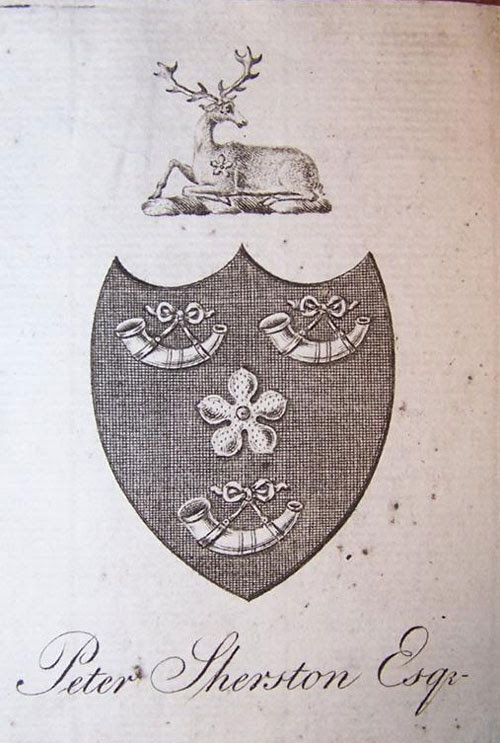 Arms: Sable, a cinquefoil Or between three buglehorns Argent stringed of the second.

Mantling: Sable and Or.

Crest: On a wreath of the colours, a stag lodged reguardant Or, armed and hoofed Gules, charged on the shoulder with a cinquefoil Vert.

There is an entry for his descendant, Major Charles Davies Sherston J.P., in Fox Davies’ Armorial Families.
at January 21, 2015 No comments:

Perhaps I shouldn't support it!

Lyon Court recently tweeted an image of the armorial bearings of Lord Boyd-Orr ... 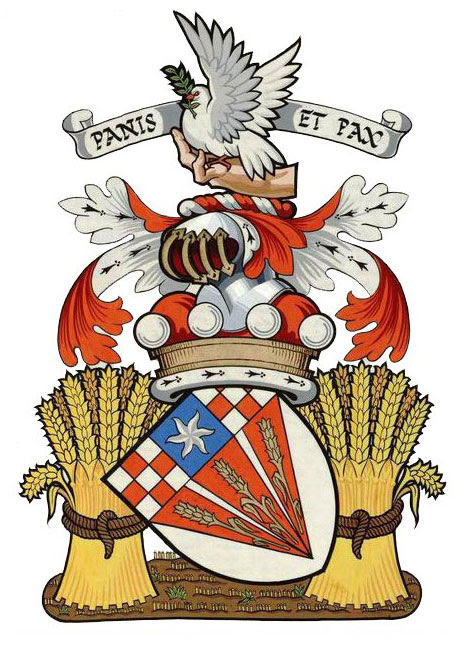 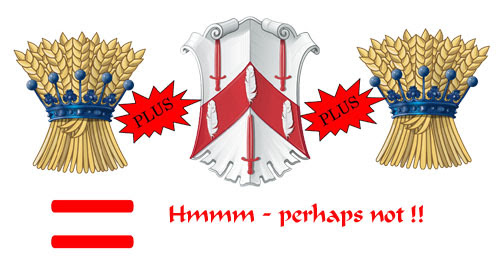 Ordered from http://www.mypersonaljewellery.co.uk/ I received a gift of personal heraldic cuff-links from sandy this Christmas. 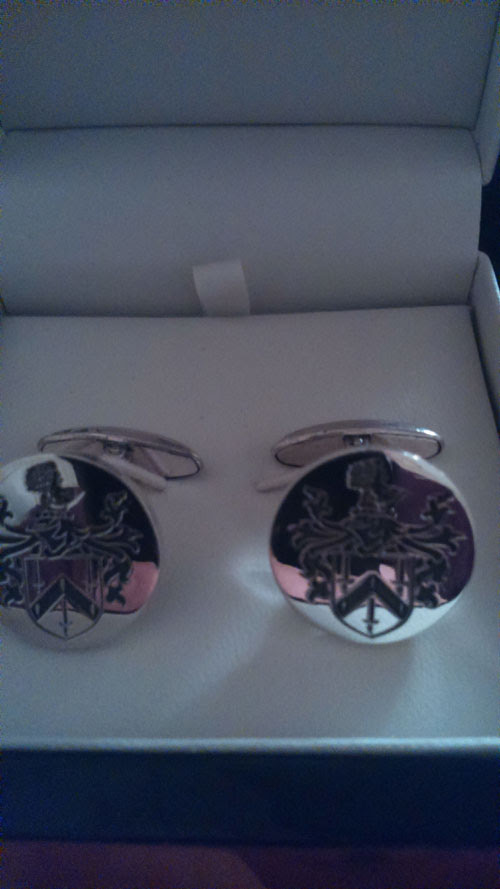