I've just returned from a long weekend in Anglesey where the arms of Bulkeley seem to be everywhere. We had a very good meal on Monday evening in the Bulkeley Arms Hotel in Beaumaris where not only are the arms displayed outside on the facia but there is also a very pleasant version made of coloured glass mosaic on the wall inside the reception area. Unfortunately I had left my camera in the car and it was pouring down with rain so I had to content myself with taking a photograph using my mobile phone ... and I don't have the technology to send the picture to my computer!

Earlier in the day however, I did have my camera with me when we passed the entrance gates to Pen-y-Pac, the former home of the Williams-Bulkeley baronets. Long since sold and split up into constituent parts, the owners of the gate house became also the owners of the gates which are heraldically somewhat curious. The arms upon the gates are likely to be those of the 10th baronet, Sir Richard, who changed his name to Bulkeley Williams and later Williams-Bulkeley after inheriting the estates of the last Viscount Bulkeley of Cashels and had for his second wife (m. 1832) Maria Francis Stanley-Massey-Stanley ... no shortage of Cheshire connections here!

Why are the arms curious? They appear to have a surfeit of ermine. The blazon is recorded as being: Quarterly, 1st & 4th Sable a chevron between three bull's heads cabossed Argent, a canton Ermine [for Bulkeley]; 2nd & 3rd, Gules, a chevron Ermine between three Saracen's heads couped at the shoulders Proper [for Williams]. Take a look at the images below where the arms of Williams-Bulkeley are impaling those of Stanley. The Bulkeley chevron appears to have morphed from Argent to Ermine! 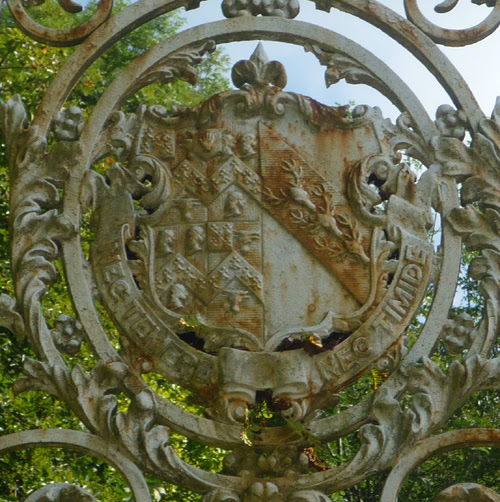 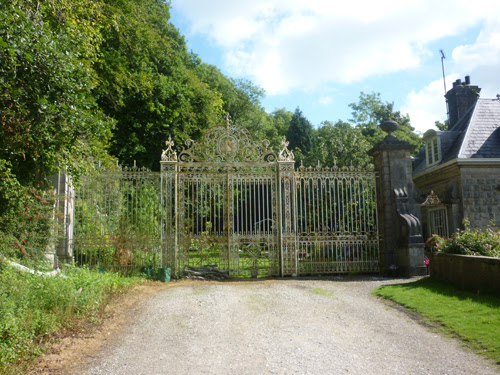