I'm looking forward to being in good company tomorrow at the Heraldic Study Day. 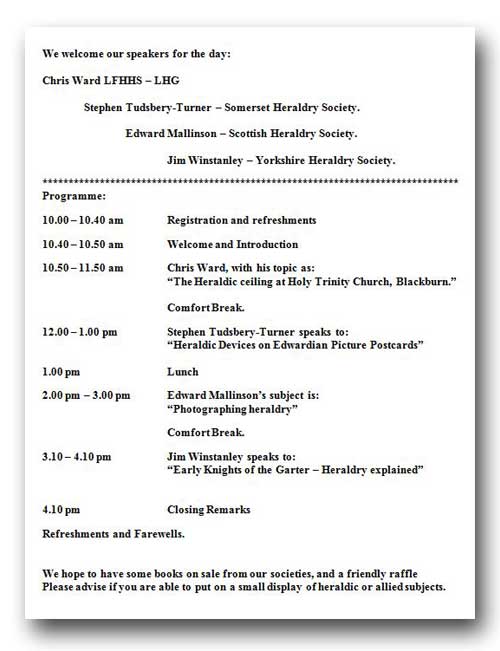 Jim Winstanley "Early Knights of the Garter - Heraldry Explained"
at September 30, 2015 No comments:

Way back in 2014 I wrote about the "Commom" Seal of The Manorial Guild (which to be fair was changed some while after I had an interesting conversation with the Guild's founder) and I thought that it would be appropriate to report to my reader that The Manorial Guild Limited, a professional membership organisation, whose address and director's name is that of the website of the same name, has been voluntarily struck off the Company Register. 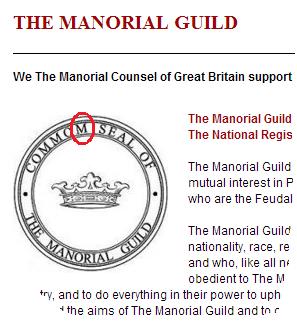 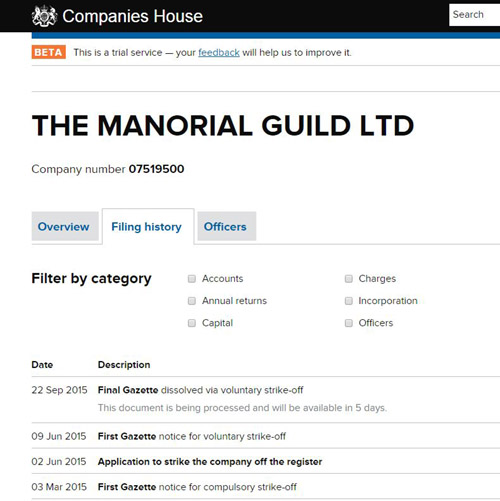 It's relatively straight forward when an embryo organisation starts up without limited liability (i.e. its owners or founders or Trustees retain full liability) and then goes on to become a limited liability company, but things can get a little bit confusing when a company applies, voluntarily,  to be struck off the register and then appears to continue to operate.  Has the Guild ceased to operate or has it simply chosen to opt out of the protection of limited liability? Perhaps its sole shareholder has decided that the burden of reporting to Companies House is too much and that retaining unlimited liability is somehow preferable.

It is probably more usual for a membership organisation that has chosen to become a limited company to take the route of being a private company limited by guarantee without share capital; in other words, owned by its members rather than by shareholders.  That way, it is the members themselves who benefit from their own financial contributions, share the liability equally and profits can not be drawn to the benefit of any one member. As a company limited by guarantee, it will be managed by its members and there will be (or ought to be) annual election whereby its membership can choose a committee and a Chairman.

The Manorial Guild Limited however, was formed as, and operated on the basis of, a private company limited by shares; its sole share holder being Sean Thomas Arthur Rafferty (whose first name may in fact be Lord though he would prefer you to believe that it is a title and he uses it as such). Shareholders can and do profit from their businesses.

As I write, the website of the Manorial Guild appears to be adopting a policy of business as usual and there is no mention at all of the fact that the company has been removed from the Register of Companies House. One wonders if its "committee" is aware of the fact? 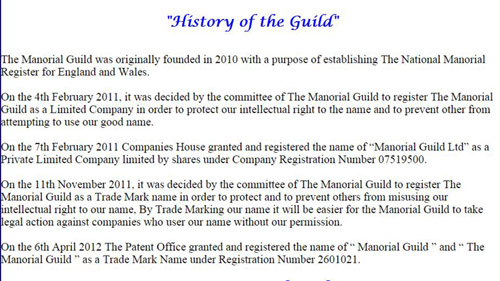 It is worth noting that when a limited company is struck off, upon dissolution, all rights vested in, or held in Trust for, the company are deemed to be bona vacantia, and accordingly will belong to the Crown. This would imply, to this writer at least, that the Registered Trademarks taken out by the Manorial Guild now belong to the Crown.

Email ThisBlogThis!Share to TwitterShare to FacebookShare to Pinterest
Labels: Odds and bobs

It's carved in stone now.

I am delighted to report that last Thursday I received the sandstone carving of my arms; all hand carved by Kristof Paul Von Goldenau (the order facilitated by Hamish Bell). Measuring approx 40 cm x 30 cm the work is of excellent quality and I can certainly recommend the mason who undertook the work. 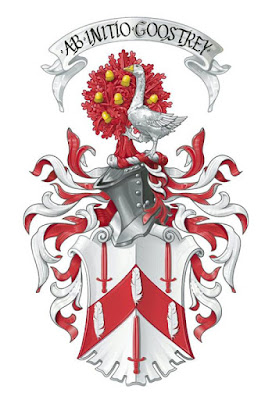 And here is the result (photographs taken from various angles to give an idea of the depth of the carving): 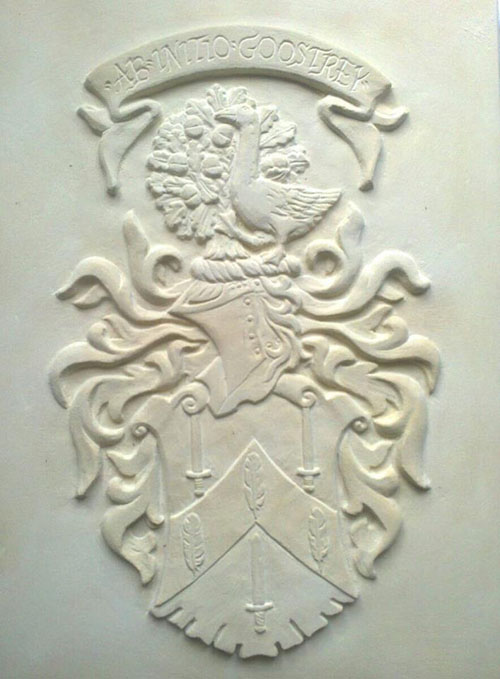 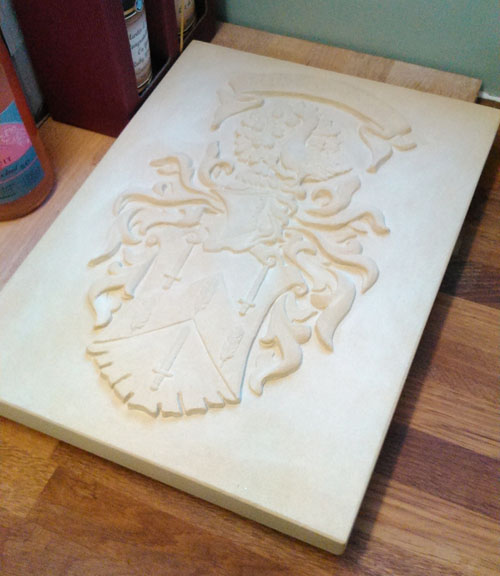 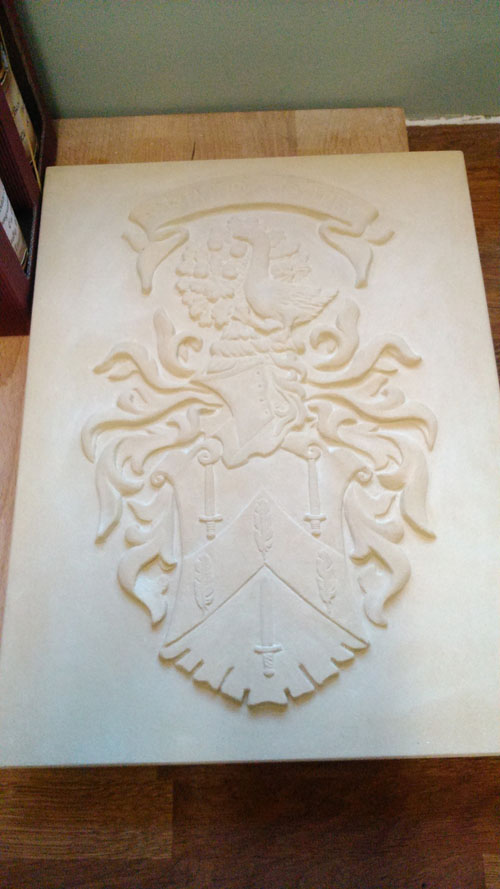 A big thank you to Kristof, who undertook the carving, and Hamish for facilitating the work on my behalf.
at September 15, 2015 No comments:

My reader may well recall that way back in January 2014 I wrote about the Inn sign at the Tayleur Arms at London-on-Tern (the old armorial sign had, at some point in time, been replaced with one of a clipper called the Tayleur) and I then went on to have a very pleasant conversation with Lawrence, the landlord, who was very receptive to looking into changing the sign back to an armorial one at some point in time. Unfortunately, a few short months later the business was ravaged by fire and totally destroyed.

Well, I am very pleased to report that the rebuild is virtually completed and although the pub sign has yet to make an appearance, the business has reinstated its heraldic origins with a pleasing relish. 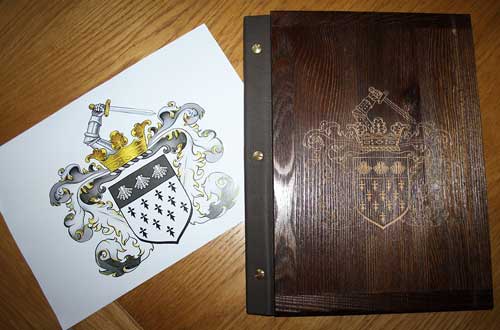 The newly commissioned  Tayleur Arms coat of arms, and the way it looks on the new menu boards. 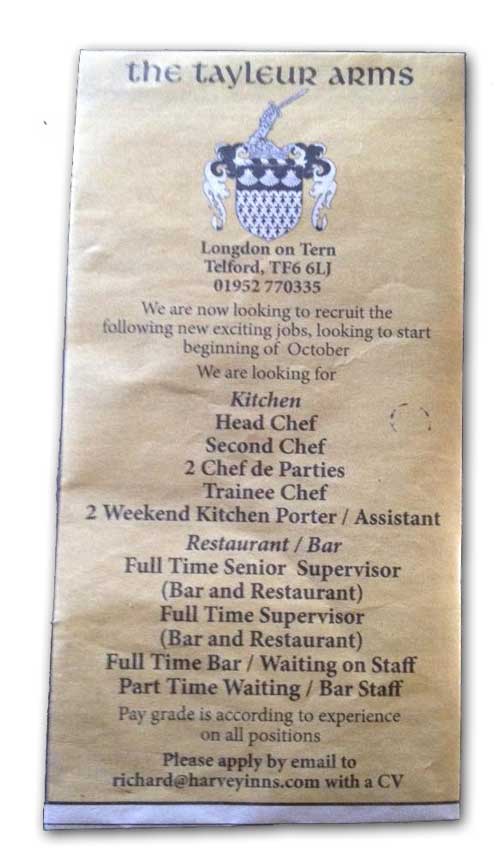 An advertisement for staff -the arms proudly displayed. 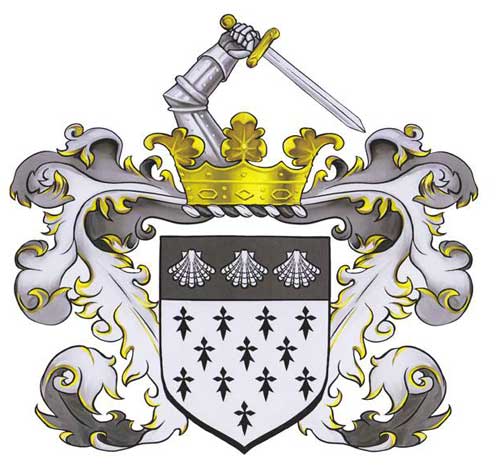 The template for the arms.

Needless to say that I am delighted (not sure about the use of mantling when the helm is not present but hey, it's progress).

Due to unforeseen circumstances the scheduled talks for September and October have had to be switched. The talks are now: 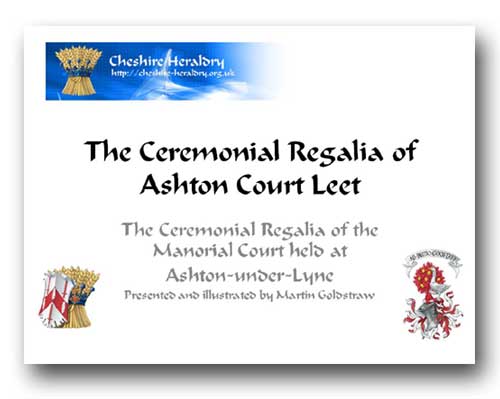 Full details of times and venue can be found here:

It really doesn't do to copy

Now, I realise that I have occasionally been accused of being an expert on Cheshire Heraldry and sometimes, I have, perhaps somewhat immodestly, played along with the impression that I may well be, but even I would never admit to being infallible; I have been known to make mistakes and when I do I'm either the first to notice or, when someone else notices, I'm usually quite ready to be grateful that my mistake has been pointed out to me so that I can correct it.

Today, I had a very pleasant email from a lady by the name of Wickstead which was followed up by an equally pleasant telephone call from the lady's mother, the family genealogist (also a Wickstead). Although the subject of their contact was, for them, rather frustrating, it brought to my mind the old warnings we used to get from our teachers not to copy the works produced by other pupils and it made me smile.

Apparently the new owners of The Wickstead Arms, Nantwich, decided to have their pub sign repainted following the reopening of their business and it seems that whoever did the job for them simply lifted the image from my website and slavishly copied it in its entirety without asking. How do I know this?

Well, because I now know that the original image I made, the one copied by the pub, was incorrectly emblazoned. The blazon is correctly recorded on my website as Wicksted, of Nantwich, Arms: Argent, on a bend Azure, between three Cornish choughs proper, as many garbs Or. However, for some reason which now entirely escapes me, when I made the image (quite a while ago) I depicted the birds as something more akin to a generic heraldic bird with the colourings of a female blackbird with white wings - don't ask me why, I simply can't remember. It seems a strange depiction as I know full well that a Cornish chough is a blackish bird with a curved red beak and red legs!

Here, on the left is the original image from my website and on the right is the newly painted pub sign. Similar? Too much of a coincidence I suggest. 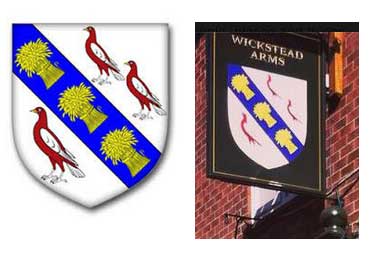 Here is what the correct depiction of the arms should look like. 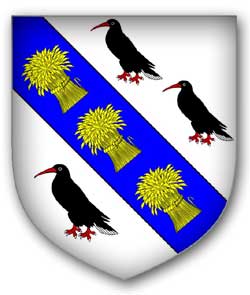 I would like to believe that had I been officially consulted about the arms (and asked for permission to copy the image) I would have double checked and discovered my mistake in good time to prevent mishap. As it is the only lesson to be learned here is that warning so often given by generations of good teachers.

My thanks to the Ladies Wickstead for pointing out my mistake and allowing me the opportunity to correct it on the website; good luck with contacting the publican. I fully understand your frustration but you must forgive me if I don't have a great deal of sympathy for the owners of the Wickstead arms, I shall have a quiet chuckle to myself when I next see "their" sign.

One or two of my readers may remember the "old" days, prior to the more recent popularity of Facebook and other heraldry forums, ...