You either love it or you hate it!

At its sale of Important Watches, held as long ago as 29th November 2007, Christie's sold a rather splendid example of an armorial watch.

Saleroom Notice
Please note this watch is accompanied by a Patek Philippe Extract from the Archives confirming production in 1898 and its subsequent sale on 13 December 1900." 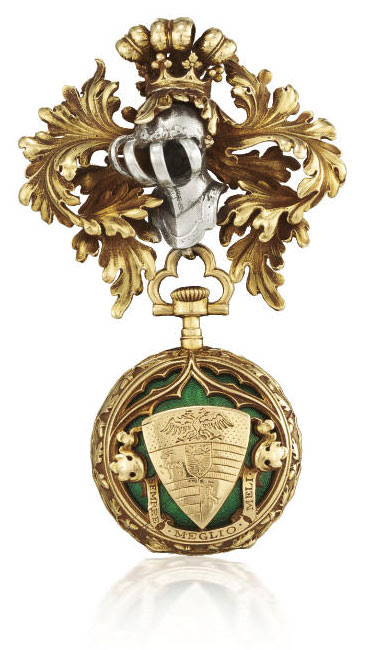 Continuing the heraldry under the hammer theme, Christies auction house has listed the upcoming auction of the Roger Warner collection on 20th - 21st January and lot 348, the arms of Booth quartering others for George 2nd earl of Warrington, is of particular interest to the Cheshire Heraldry weblog. With an estimate of £3000 to £5000 this one will not be gracing Cheshire Heraldry Towers. 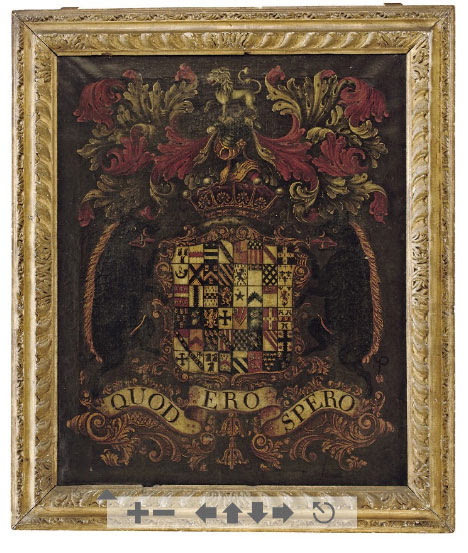 Image courtesy of Christies - Booth quartering others for George 2nd earl of Warrington.
at January 01, 2009 1 comment: