I quite often receive enquiries from readers who can't follow or translate a blazon and this morning I received an enquiry about the arms of Edward Osborne from a reader who had found a reference to his armorial bearings in Genealogical Memoirs of the Extinct Family of Chester of Chicheley, Their Ancestors and Descendants.

I am having trouble understanding what is meant by the following description of the English coat of arms for Edward Osborne (1530 - 1592).  It is described as... "argent two bars gules on a canton of the last, a cross of the first in chief, a crescent for difference". [reference Genealogical Memoirs of the Extinct Family of Chester of Chicheley, Their Ancestors and Descendants Robert Edmond Chester Waters - page 233]

There are several Osborne coats of arms, but this doesn't seem to match any.

Any help would be appreciated"

I'm not sure whether the enquirer placed some of the punctuation in the blazon correctly and it may well be that this fact alone didn't help. It may also have been the tradition of using "of the last" and "of the second" which often confounds the novice.

Here's my take on the blazon and the resultant emblazonment:

Argent, two bars Gules on a canton of the Last a cross of the First in chief a crescent for difference.

Argent = silver or more commonly depicted as white. The first tincture is always that of the field of the shield.

two bars Gules = the two bars placed upon the shield and they are Gules (red).

in chief a crescent for difference = placed upon the shield in chief point is a crescent denoting a cadency mark for the second son. [It matters not what the tincture of the crescent is as long as it stands out]

Putting it all together the blazon can be emblazoned to produce these armorial bearings: 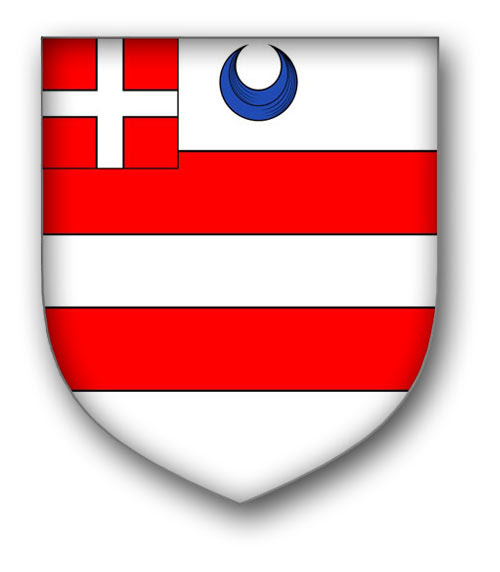 As well as a wee dram, Sandy completely surprised me with a hand made "armorial" birthday card this morning. I couldn't stop laughing and now I can't stop smiling when I look at it: Wonderful! 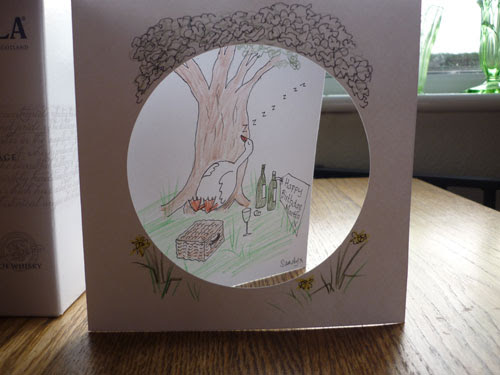 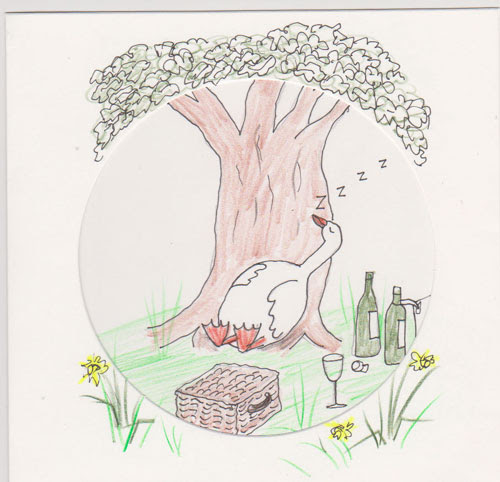 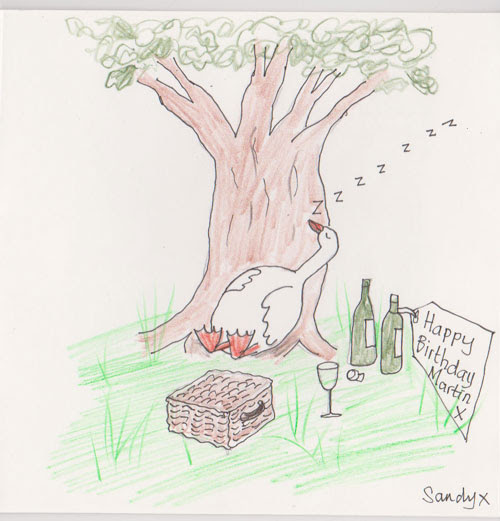 For those who aren't familiar with the armorial reference: 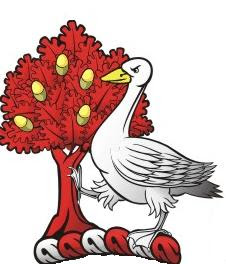 And here's the wee dram ... which also has an heraldic interest. 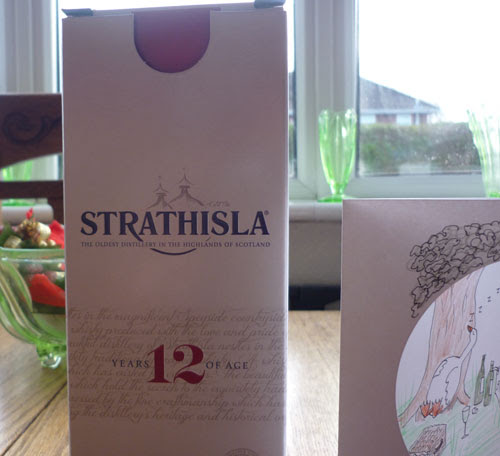 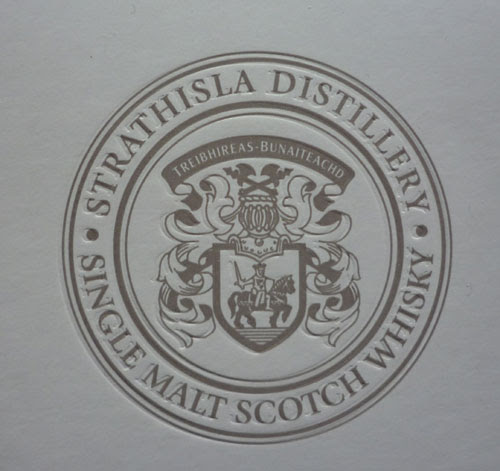