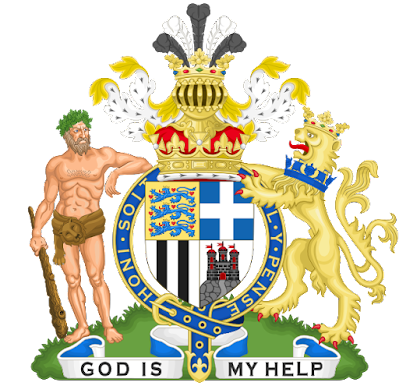 Coat of Arms of HRH Prince Philip, Duke of Edinburgh (born 1921, died 2021) granted in 1949 to Prince Philip of Greece and Denmark (Sir Philip Mountbatten) consort to Queen Elizabeth II of the United Kingdom of Great Britain and Northern Ireland. In 1947 the Prince was made Duke of Edinburgh, Earl of Merioneth and Baron Greenwich by King George VI. The coat of arms represents his lineage as a Prince of Greece and Denmark on his paternal side and his descent of the Mountbatten family on his maternal side.

Image of the arms courtesy of Sodacan.