It has come to my attention, perhaps rather late in the day (closing date for responses was 29th June 2020), that Kenya is striving to reform its own heraldry laws. 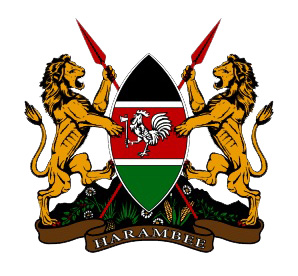 Arthur Radburn, of the International Association of Amateur Heralds, has reviewed the proposals and provided the following feedback:

"While Malta appears to be grappling with the lack of clear legislative authority for its new heraldry office, Kenya is busy updating its heraldry law. A draft Heraldry Bill was open for public comment until the end of June. If passed, it will replace the existing College of Arms Act 1968. Quite a few changes are proposed. The College of Arms (which is really a committee) will continue, but its members will now need to be experienced visual arts professionals , and the chairperson must have a qualification in the field. At present, no particular qualifications or experience are prescribed.

At present, the Registrar-General of Kenya is responsible for registering the grants of arms approved by the College, but the proposal is for the College to have its own registrar, who must be an experienced advocate [I can't see that particular requirement].

The grant and registration process seems to be much the same (although the terms "grant' and "register" are used interchangeably). Confusingly, though, the bill states that the College grants arms and the Attorney-General "officially" grants arms.

In addition to coats of arms, the College will be able to register names, special names and uniforms (something evidently copied from South Africa).

They take unauthorised use of granted/registered arms seriously in Kenya. The present Act, which has been in operation since 1968, makes it an offence to use granted/registered arms without permission and prescribes a fine as penalty. The draft bill increases the fine from 5,000 Kenya shillings (about 47 USD) to 500 000 KES (about 4,700 USD), and adds the option of up to two years in prison."

The draft proposals can be found here: https://bit.ly/3gNpyMq

Illustrated above are the armorial bearings of the Republic of Kenya as adopted 1963.
Blazon: Per fess Sable and Vert, on a fess Gules fimbriated Argent a cock grasping in the dexter claw an axe also Argent.
Supporters: On either side a lion Or, grasping in the interior forepaw a spear of estate [Gules], the hafts of the spears crossed in saltire behind the shield.
Compartment: The whole upon a compartment representing Mount Kenya Proper.
Motto: Harambee (Let's pull together in Swahili).