The National Archives presently has an exhibition titled "Representing Blackness" and one image which caught my eye was that of a pedigree of Sir Robert Troutbeck. 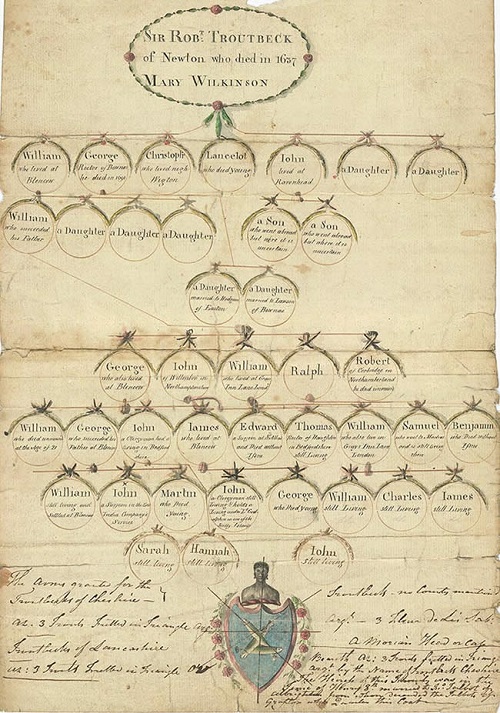 It's an interesting, if somewhat uncomfortable, insight into our history and well worth a visit:

The Visitations of 1533 to 1580 record the arms of Troutbeck as Azure, three trouts fretted in triangle Argent with two (alternative) crests: Crest 1 A Moor proper, wreathed around the loins and temples ...... holding in the dexter hand an arrow Or, barbed and flighted Argent, and in the sinister a round shield or target Gold. Crest 2 A Moor's head in profile proper on a wreath of four trout Argent.

In the Troutbeck Chapel of St. Mary's Church in Chester were (formerly) sumptuous monuments in memory of Sir William Troutbeck, who fought at the battle of Blore-Heath in 1549 and his son Sir Adam who died in 1512.

This image, showing the crest (simply described as  a head on a wreath of trout) is taken from a copy of Glover's Ordinary of Arms (1584); it does not appear to be that of a "Moor" ... or does it? 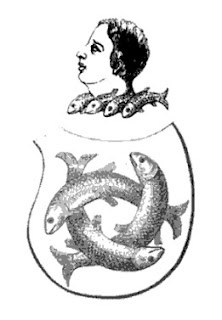