I came across this little chappy while doing a routine Google search for anything that might catch my fancy relating to Cheshire Heraldry. He was on a Pinterest page by one Robert Hornsby (the arms were attributed to the Cheshire Heraldry site). I certainly admire the skills behind the creation of these fellows. 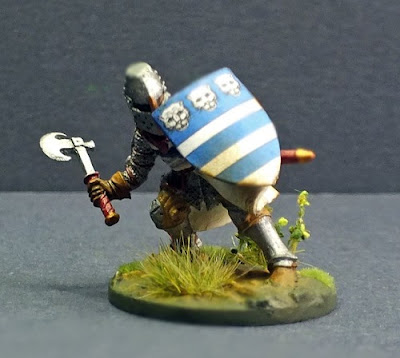 The arms are those of Zouch: Argent, two bars Azure on a chief on the second three leopards' heads caboshed of the first. As depicted in the Kindeton Roll of Daniel King.