Burke's Peerage Limited under proposal to be struck off!

A little bit of gossip.

There have been a number of Companies over the years which have used the Burke's name, one of which, Burke's Peerage Limited incorporated in 2007, is now under consideration to be struck off by Companies House. Sometimes. it is hard to keep up! 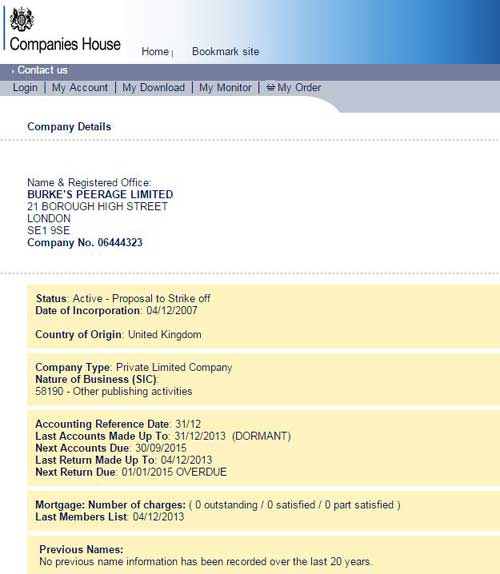 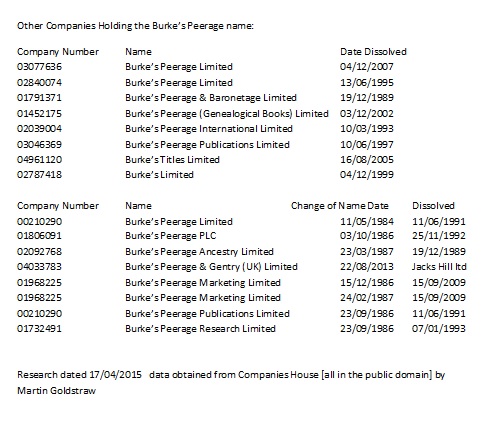