We had an excellent Annual General Meeting (The Cheshire Heraldry Society) on Saturday last with twelve Members in attendance.

I gave a power point show illustrating over 50 Scottish Letters patent, Derek Richbell brought along some interesting heraldic artifacts and Mike Thompson brought a selection from his vast collection of Manchester heraldry. 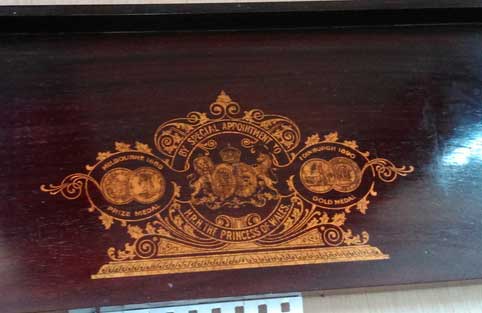 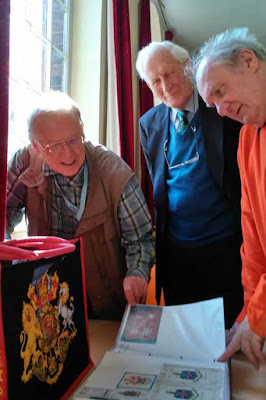 On the business side, the Committee were re-elected as is (your's truly remains Chairman) and the accounts for the year were approved.

It was agreed that, subject to the receipt of the outstanding grant from The Heraldry Society , we would continue for another year and that we would pay a membership fee of £10.

I was asked by the meeting to write to the Heraldry Gazette expressing our disappointment over the time and effort it took to finally receive the grant – I’m going to have to give some thought as to how I put such a request diplomatically in writing!

Thanks were given to the  Committee with especial thanks to me (Chairman), John Titterton (Events Secretary)  for arranging the speakers and best wishes were sent to Rutha Titterton (Secretary) who had been unwell.

I was asked if I would give the Ashton Court Leet talk (which I had to postpone due to lack of venue) so I’m happy to be one of the speakers for next year.
at April 20, 2015