I've had a wee bit of time this week to return to the Visitations and have added a few more images to the 1663 pages.

Just occasionally I find what are probably transcription errors in the Harleian manuscripts and one such (it seems to me) is that of the record of Grosvenor of Eaton which has the quarter for Eaton erroneously recorded as Per Pale Sable and Argent, a cross patonce counterchanged. The Eaton coat is quarterly Argent and Sable, a cross patonce counterchanged as in the Eaton of Sandbach coat; which, ironically, is actually recorded as being not proved! 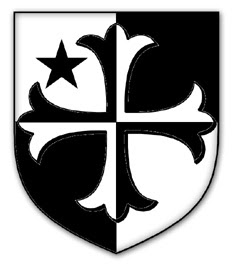