Some years ago I had occasion to briefly meet with a gentleman from The United States of America who bore what I understand to be legitimate Scottish armorial bearings with a remarkable likeness to those of a the very old Cheshire family and I have to say, it gave me a feeling of unease. Now I ought to say that I have nothing against the gentleman himself  but unfortunately, throughout our brief meeting, I had no opportunity to question him about his armorial bearings.  I do however know that Major Randal Massey of Dunham acquired a new grant of arms (and recognition of his territorial designation "of Dunham") after purchasing a piece of land in Orkney, naming it Dunham, and thus coming under the jurisdiction, as the owner of land in Scotland, of the Lord Lyon. I'm a little uneasy with the naming of a new piece of land "Dunham" but it is not the use of the name Massey of Dunham which concerns me in this note, it is the armorial bearings Lyon granted anew to Major Massey.

I have not seen the Letters Patent so have no detail other than the image reproduced on the web site of the Society of Scottish Armigers but the arms of Major Massey appear to be: 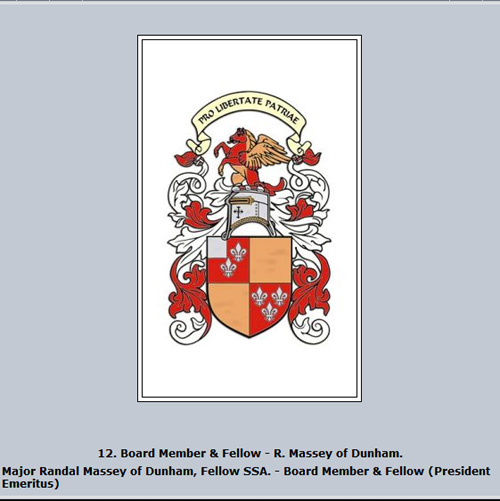 Massey of Coddington (ancient English)
arms: Quarterly Gules and Or, in the first and fourth quarters three fleur-de-lis Argent, a canton Argent for difference.
Crest: A demi-pegasus with wings displayed quarterly Or and Gules 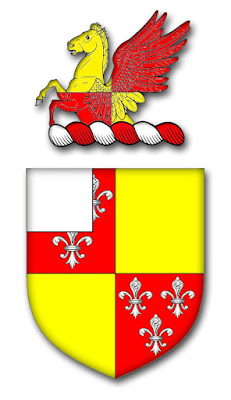 These arms appear to be identical with the subtle difference in a reversal of the tinctures in the quartering of the crest alone. I seem to remember that when the College of Arms granted me my own armorial bearings they were careful to check to see that there were none similar in Scotland. It does not appear to me that a similar exercise took place in reversal when the Massey of Dunham arms were granted!

Note also the motto which is pure Massey of Dunham-Massey of Cheshire. Major Massey is clearly proud of his surname but I have to have reservations over the reasons (or indeed how!) Lyon was persuaded to grant arms all but identical to those used lawfully by an ancient and landed English family.
at March 21, 2008