Bookplates from a friend

At the end of October I was delighted to receive a letter from a friend in heraldry, Stephen Slater, who kindly enclosed a number of bookplates he thought might interest me and for which I am most grateful.

I share then here for all to see but first of all, I though that you might be interested in the lovely seal featured on Steve's note paper: 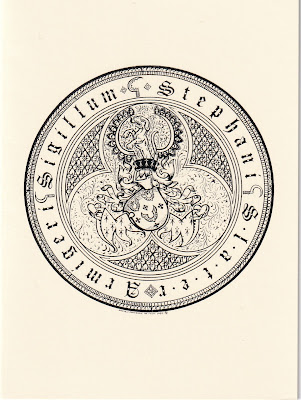 Granted by The College of Arms 2 March 1985, Steve's arms are, Or three pairs of wings each conjoined in lure and upwards Sable between six cross crosslets Vert. Crest: On a circlet Sable edged and ermined Or between two sickles blades uppermost points inward Argent the handles Gules the outer edges of the blades set with peacocks feathers proper a demi talbot Azure langued Gules. Motto: Dona Nobis Pacem (Give Us Peace).
I've always liked these arms and here is a coloured version:

Bookplates:
Of particular Cheshire interest is the bookplate of Thomas Charlton Clutton, Esq. of Chorlton Hall. (A0570 4 F5172). 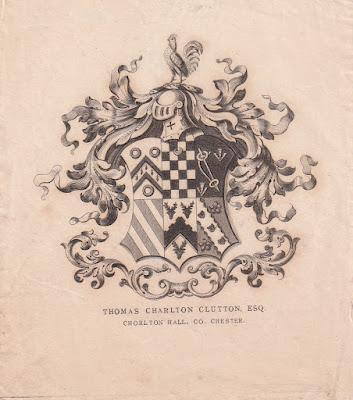 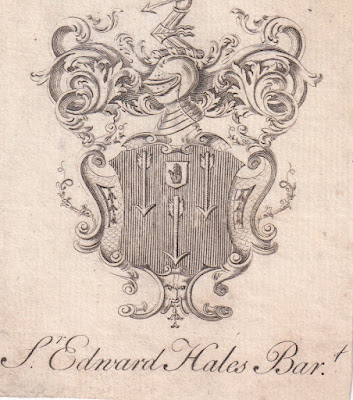 And a couple of coloured ones:
1st, James Frederick Beever. 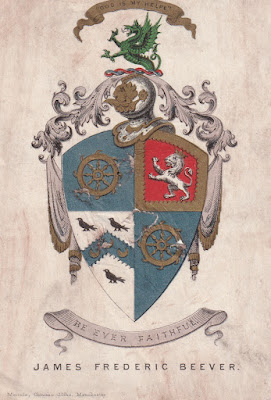 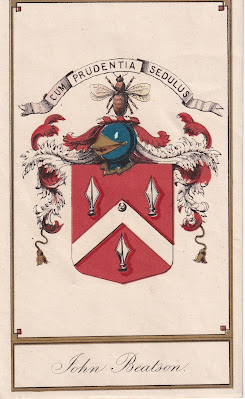 A lovely surprise, thank you Steve.