Crest: A goat's head erased Argent, armed and bearded Or, charged on the neck with four Ermine spots, as in the arms. 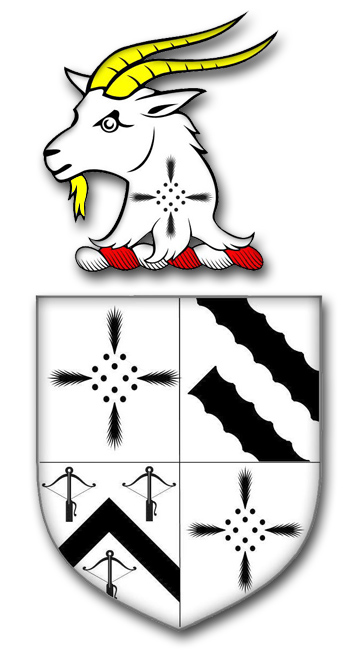