The latest entry to the Visitations of 1663 is that of Walthall of Wistaston which, like many other examples, has changed over the course of the Visitations. In this instance, the hawks have changed to Cornish choughs.

Walthall of WistastonArms: Or, a chevron Vert between three Cornish choughs Sable beaked and legged Gules. 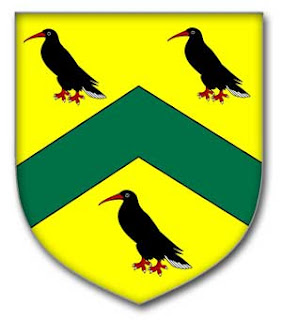 Walthall of Nantwich and Wistaston
Arms: Quarterly -
1 & 4 Or, a chevron Vert between three hawks close Sable.
2 Gules, a chevron between three birds' heads erased Argent, for Marchomley.
3 Azure, a lion rampant Argent within a bordure engrailed Or, a crescent for difference, for Crew 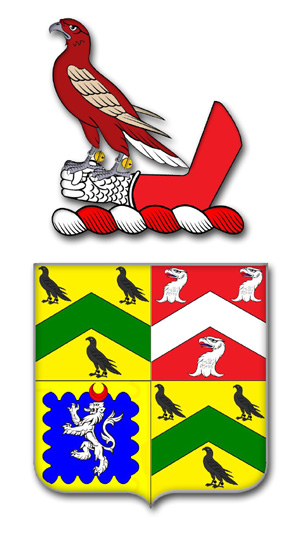