Why do we avoid flying the English flag?

I have just received this year's list of dates which may be useful to those in Civic Office from the National Association of Civic Officers and, although I found it a useful document, I was once again disappointed to find that the advice completely ignores the existence of the "English Flag". Why, I wonder, do organisations who seek to give quasi official advice think that it is appropriate to instruct the English to fly the flag of the Union on England's saint's day when is perfectly proper that the Scots are advised to fly the saltire on theirs!

I have illustrated an edited image of their guidance. 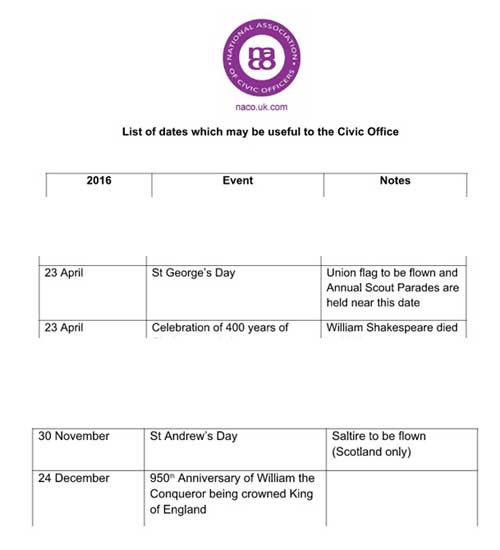