The latest addition to my collection is the bookplate of Thomas Arthingron Esq (F. 753  Size: 10.5 x 8cm) from the Greenwood Album* 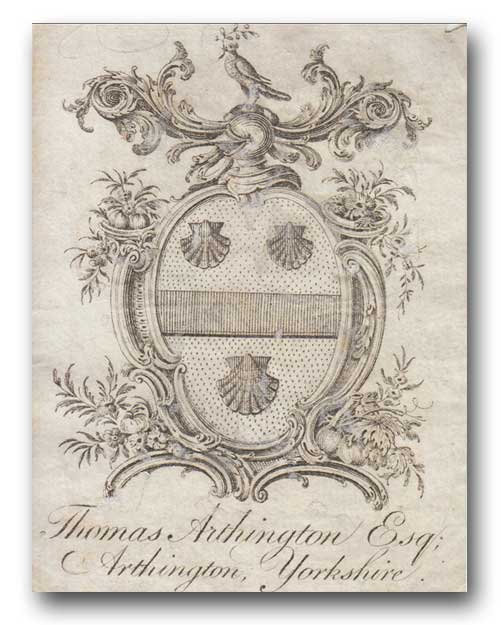 The Arthingtons were around in the 12th century , when Peter de Arthington gave a grant to fund the establishment of a Cluniac nunnery. 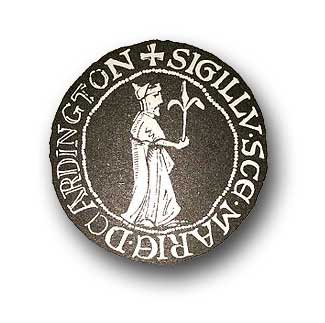 The family history seems to be lost in the mists of time, although Thomas is listed as the Sheriff of Yorkshire 1767-1768 and that his will was proved in the Court of York 5 December 1801.

*Called the Greenwood Album, after the album’s manufacturer rather than the albums previous collector(s). This is because exact provenance is a little mixed. It is believed that many of the plates are duplicates from the John Simpson collection which sold at Bonhams in May 2005 and the album came to the present owner by way of Dr. Geoffrey Vevers, a past secretary of the Bookplate Society.
at August 13, 2015