My reader will be aware that I have in my collection a Victorian Copper Medal of the Walgherton Female Friendly Society commissioned by the patron John Twemlow of Hatherton.   But there is also a wealth of material once belonging to this gentleman in Chetham's Library. 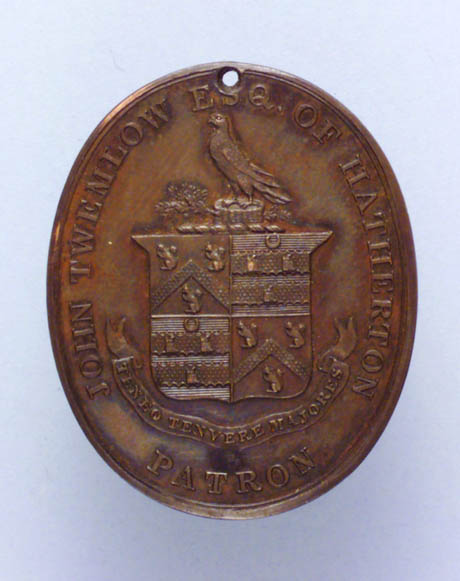 Chetham's copy of Guillim (a book familiar to most heraldry addicts) once belonged to Twemlow and, as they describe it, he must have had plenty of time on his hands as he hand painted all of the illustrations in the book (this is actually not uncommon as most copies of the book seem to have the illustrations hand coloured). The library has a full description of Twemlow's Guillim which has been subjected to the process known as Grangerisation (after the Rev James Granger). This practice, which became popular in the eighteenth and nineteenth centuries, is also known as  ‘extra illustration’ and is essentially where the owner of a book dismantles and rebinds it to include prints, drawings, maps or even photographs. Mr Twemlow’s selection includes mainly family portraits (including Hector and Silvia his dogs) and images of the ancestral home and land. 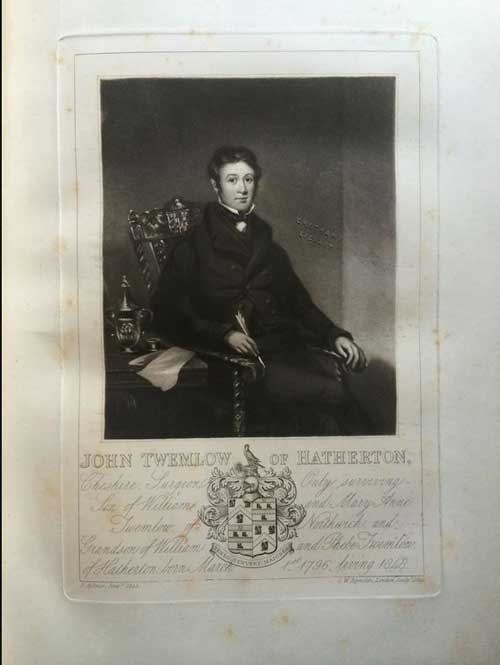 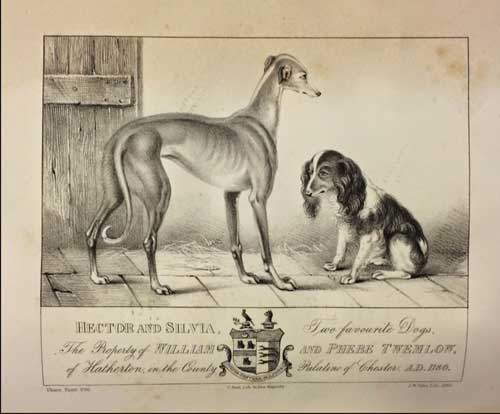 Hector and Silvia Courtesy of Chetham's Library.
at July 09, 2015