Daft statement I know but according to the vendors of Lord & Lady Titles (which can apparently be purchased for a mere £24.95) this isn't a coat of arms: 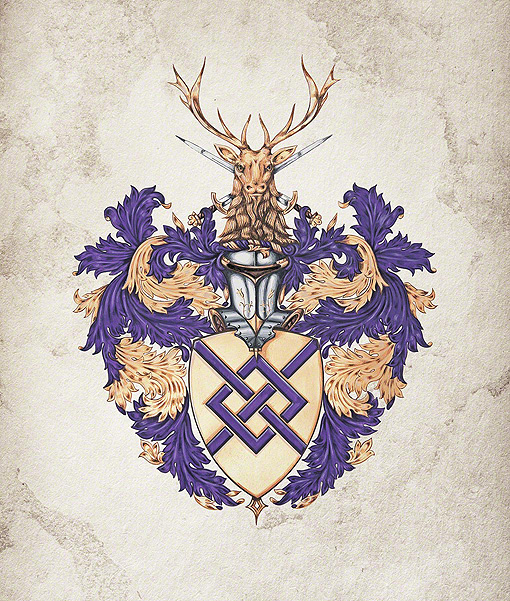 The website, in the frequently asked questions part, states:

CAN I USE THE CRESTS?

Yes you can. The title crest and estate crest are not heraldic coats of arms but can be used in a similar way by title pack holders to represent their personal connection to the title. These unique crests have been specially created to reflect the history of the title and the estate and have been hand painted exclusively for title pack holders.

What a load of tosh!

Here's the dictionary definition of  Crest:

a. A usually ornamental tuft, ridge, or similar projection on the head of a bird or other animal.

b. An elevated, irregularly toothed ridge on the stigmas of certain flowers.

c. A ridge or an appendage on a plant part, such as on a leaf or petal.

a. A plume used as decoration on top of a helmet.

a. Heraldry: A device placed above the shield on a coat of arms.

b. A representation of such a device.