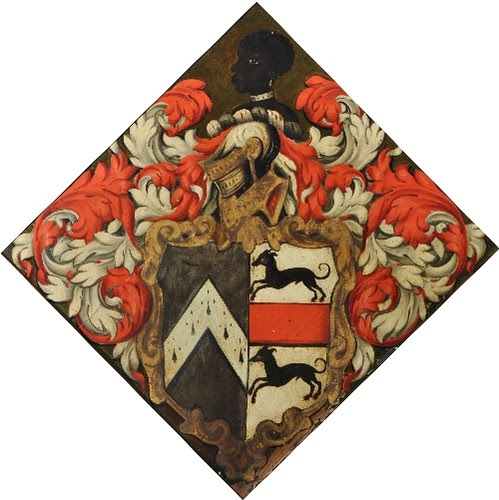 We are grateful to Dr Gray of The Heraldry Society, London for the following information regarding the identity of the panel; All black background. Sable a chevron Ermine (for Lewis); impaling: Argent a fess Gules between two greyhounds courant Sable (Greswolde). [Lewis of Bristol and London should be ... between three spearpoints Argent, but these are missing or painted over.]
Crest: A blackamoor's head couped at the shoulder collared Argent.
Mantling: Gules and Argent.

Apparently trimmed close and stated to be framed.

Hatchments of David Lewis' children are at Yardley, Solihull and Godshill IOW.
Condition - overall good - minor split to panel to left side however hardly noticeable and minor paint losses to outer edge commensurate with age.

Initial asking price £2’250 the hatchment went for a lower price under the “best offer accepted” terms. 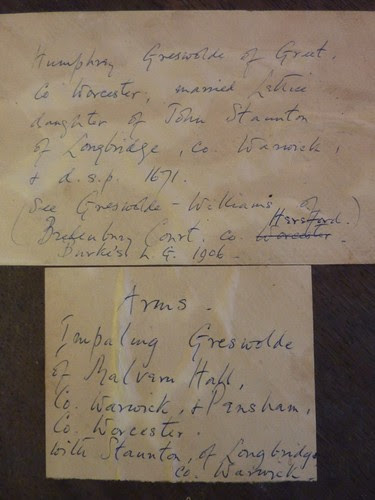 We all like a good heraldic pun and one of my favourites is the arms of Toft.  The Tofts of Toft, a very ancient Cheshire house, charged the...