Another item of some Cheshire heraldic interest sold on EBay recently is a little Girl Guide Cheshire Border County Badge made by Butler of Birmingham and measuring 23 x 31mm.  It was sold on the 19th November for £5.19 plus £1.85 shipping. I confess to having placed a half hearted bid for this one with a starting price only bid but I’m quite pleased that it appears to have gone to a Guiding memorabilia collector who will no doubt cherish it. 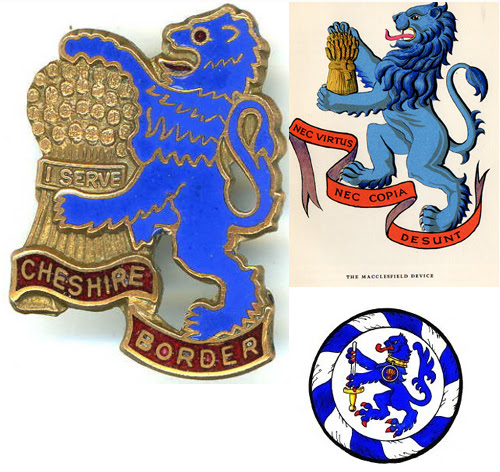 It caught my eye because it is similar to (and most likely taken from) the lion and garb in the badge used by Macclesfield  and that used as the basis for the Macclesfield armorial bearings; which in turn formed the basis of the unofficial heraldic badge of The Cheshire Heraldry Society.
at November 25, 2011