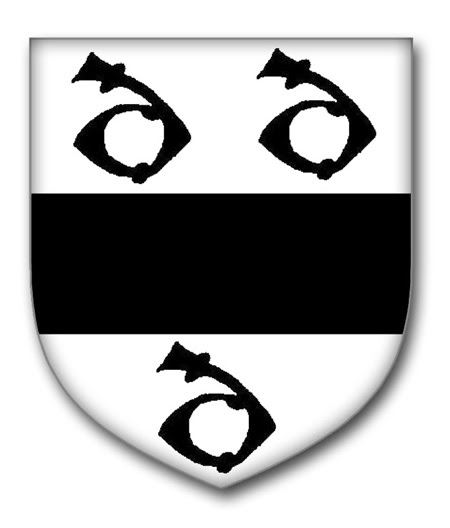 Bosdon of Newbold Astbury
Described in the 1613 Visitations of Chester as - Arms: Argent, a fess between three d Sable, these arms obviously predate any recorded grant and therefore have no blazon. According to the Visitations recorded by the Harleian Society the arms are taken from an image temp Henry VII in The College of Arms.

According to the MS the charge in this coat has been called a fish hook, a Roman "S" and a bird bolt, but it does not seem to be any of these. Mr. Everard Green, Rouge Dragon, who contributed the drawing from which the above facsimile representation is taken, suggests that the object may perhaps be a winding-horn, worn around the neck of the huntsman.
at September 04, 2010