Taking a brief look at internet auction sales during 2009 I came across this one which I don't think I had time to bring to your attention. It is the 19th Century Scottish Grant of Arms to Wallace complete with original Leather Box. 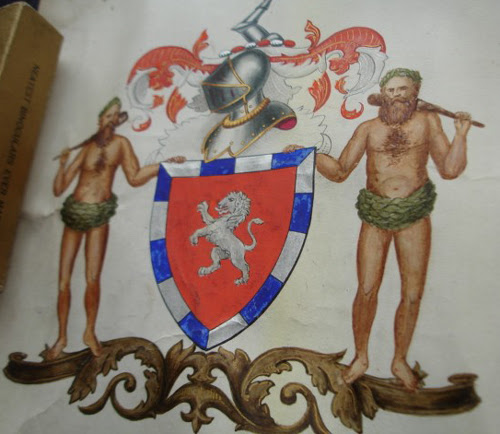 Described as being a 59cm x 44cm grant of arms document hand painted with the arms and motto of Hugh Robert Wallace of Busbie and Cloncaid, dated 1898, with the original red wax seal contained in a black metal case and attached to the document by red and white silk rope which has a tassel, the document was sold along with its original red leather box with VR cypher in gold on the top.

The winning bidder aquired the lot for the reasonable bid of £412 on the 8th May 2009.
History: 8 bids
Winning bidder: Bidder 4

The original box is, in my humble opinion, a superior item when compared with the cardboard tube Scottish grants arrive in today. 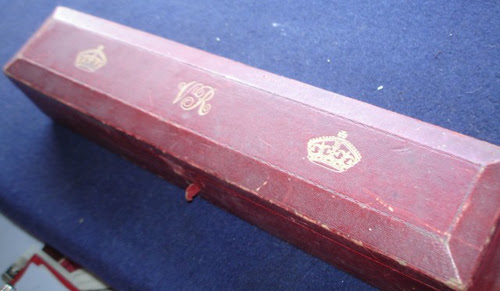 60cm x 44cm grant of arms document with a hand painted coat of arms granted to Hugh Robert Wallace of Busbie and Cloncaird in the county of Ayr, dated 1888