It pays to keep an eye on the "official" heraldry websites. It was noticed this morning that the Lyon Court web site made an official announcement that "The Lord Lyon King of Arms has offered Mr. Mark Dennis the office of Ormond Pursuivant of Arms with effect from 1st June 2009 and he has been pleased to accept". One of three pursuivant appointments to the Lyon Court, Mr. Dennis will be joining colleagues Elizabeth Ann Roads MVO (Carrick) and the recently appointed The Hon. Adam Bruce (Unicorn). The vacancy occurred when the present Lord Lyon took office and by doing so demitted the office of Bute pursuivant. The number of pursuivants to the Lyon Court was reduced from six to three in the late 19th century and when Mr. Dennis takes office in June, the titles of Bute, Dingwall and Kintyre will once more remain dormant until one or the other is resurrected next time there is a vacancy. 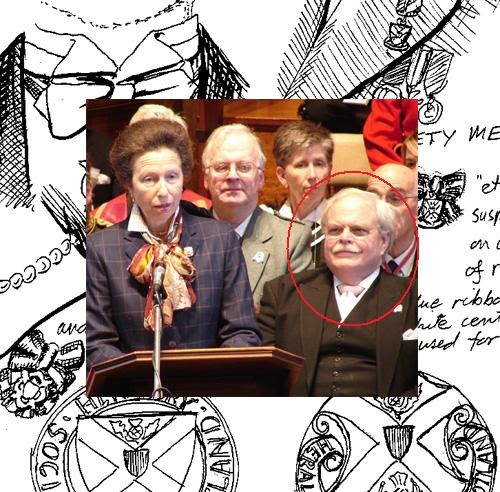 Warm congratulations are offered to Mark Dennis on this splendid appointment which is well deserved.
at May 26, 2009