In the process of re-jigging the images of the Visitations I found that I had inadvertently missed two of the blazons for Done of Utkinton. I've now added these images to the site and it has sparked a long dormant interest in the insignia of office of the Foresters of Delamere, the "Delamere Horn". This important piece of regalia possibly originates from the 12th century but it has later additions. The Chief Foresters of Delamere covered an area encompassing most of central Cheshire. The horn was handed down through the Done family and its descendants as hereditary Chief Foresters and it is now part of a collection in the Grosvenor Museum in the city of Chester. 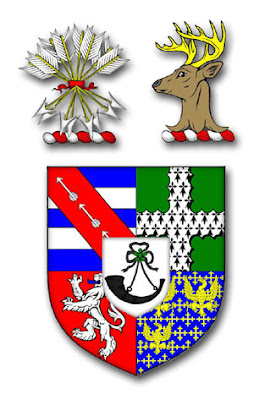 Above is the image which, although now updated, was already on the web site. Below is the one I inadvertently missed! 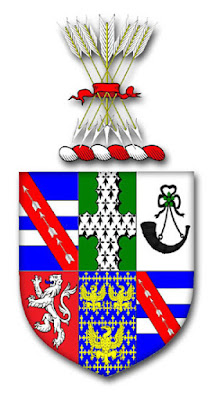 It is quite plain to see that to all intents and purposes they tell the same story.

Also missed was a black and white image of a shield with crest and supporters and I have made a colour illustration: 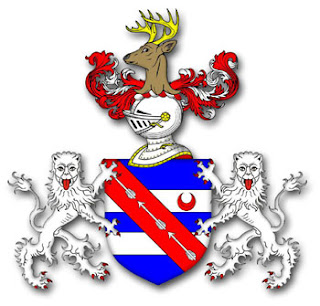