As recently as 29th October I reported the sale of the Letters Patent of the armorial bearings of Sir William John Talbot and now report that a library painting of the same arms has just fallen under the hammer for £74.00 - same seller but I regret to say that I did not make a note of the purchaser of the L's P so can't say if the painting has gone to the same owner. 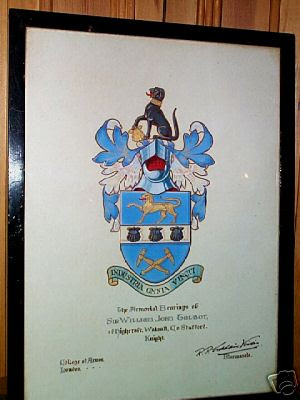 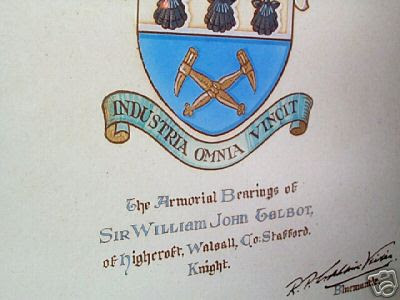